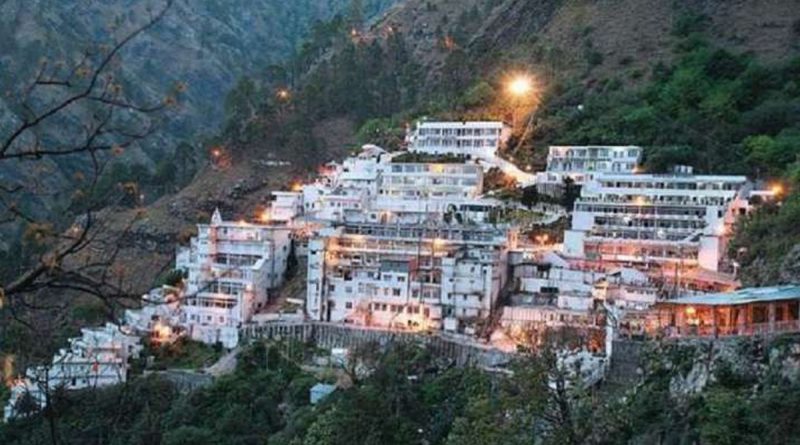 Vaishno Devi is a manifestation of the Mother Goddess, Adi Parashakti. The Holy Shrine of Mata Vaishno Devi is in the Indian state of Jammu and Kashmir, situated in a cave in the Trikuta Mountain in the Lesser Himalayas at an altitude of 875 m or 5200 feet. You need to trek nearly 12 km to reach there from the Katra base camp. The roads are paved and have a gentle slope, and are filled with shops selling devotional music and souvenirs, but the climb will be physically demanding. The scenery along the trek is beautiful, with a full view of the mountains all around, and it will inspire you to climb more.

The Navratra months, September and October, are the best times to travel to Vaishno Devi to observe the Navratri puja and rituals. Also, people visit the Devi Maa throughout the year. The summer season, May and June, are considered as the peak time. It is estimated that over one crore people visit the shrine annually, and the count goes much higher during the Navaratri Festival. The opening time of Vaishno Devi temple is from 5:00 am to 12:00 pm and 4:00 pm to 9:00 pm and the Morning and the Evening Aarti, timing before sunrise and immediately after the sunset. There is no entry fee in Vaishno Devi temple, but it is a time-taking procedure, while there are two other gates (No 2 & 5) that are accessible for faster (VIP) entry by purchasing tickets of Rs 500 and Rs 200, respectively.

So, if you are planning for a Vaishno Devi trip via Delhi, then it is the hot time to make your wish come true. We all became exhausted of the long and solitary lockdown, and now the authorities are allowing people to enter following the Covid restriction, so why wait any longer! To reach Vaishno Devi, you can drive up to Katra, the winter capital of Jammu & Kashmir, which is a small town situated 50 km far from Jammu. A Yatra Parchi is mandatory for visiting the temple, and it is available online at maavaishnodevi.org.

It will be a two days journey to reach Katra from Delhi via NH 44 and NH 1A, which will be fascinating due to the surrounding landscapes. To reach Katra from Delhi by road, you need to go via Karnal, Chandigarh, Ludhiana, Pathankot, and Jammu. You can stay in Chandigarh or Ludhiana for the night, or you can reach faster, but it could be hectic. The distance between Delhi to Vaishno Devi is approx 650 km, in which you need to trek 12 km from the Katra base camp. The journey will be an extraordinary sensation for the spiritual environment and natural beauty.

After the puja and rituals, you wish to do to worship Mata Rani, you can go to the nearby places to visit as the regions are filled with epic stories of Hindu Gods and Goddesses and have their respective temples all around. Also, some have historical facts as well, and we have listed the top attractions in Vaishno Devi, so you don’t miss any point when you are traveling so far. 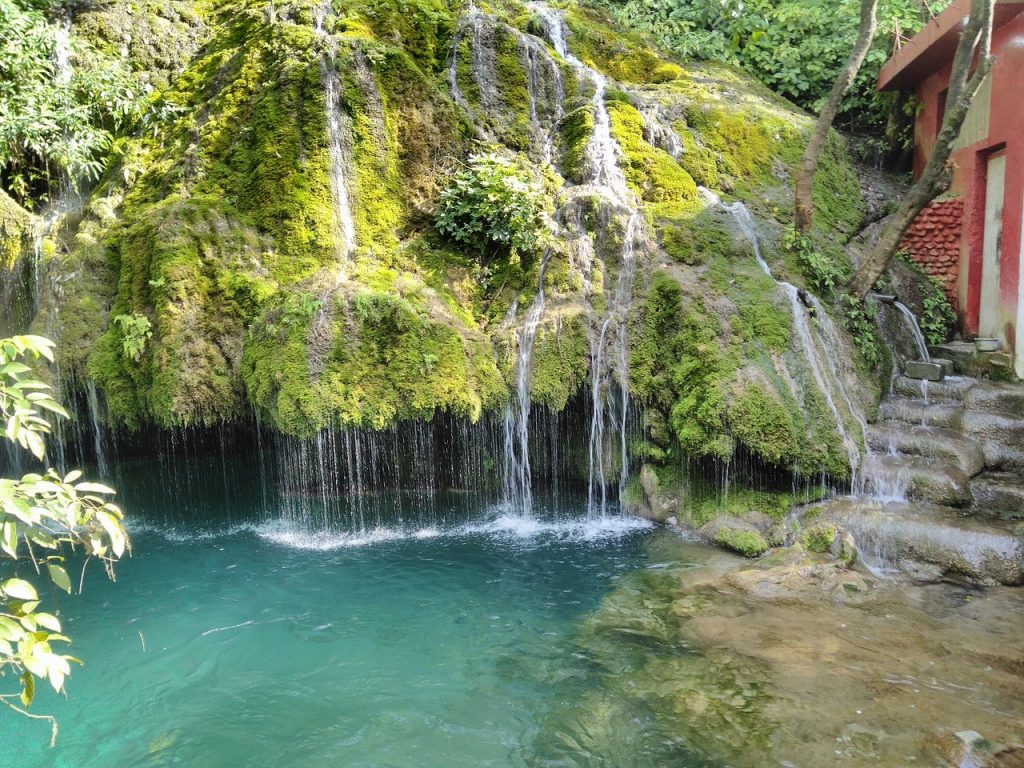 It is one of the famous religious shrines in Jammu and Kashmir devoted to Baba Dhanesar, who was the son of Vasudev. His legend says, he with the help of Lord Shiva killed a demon, which emerged from the Karua Jheel. The temple is in a very beautiful and scenic location close to Karua Jheel, which creates a spiritual ambiance for the pilgrims, who visit throughout the year, and between May to July is considered the peak season. You can also visit the nearby Nag temple and witness the Savitri celebration. 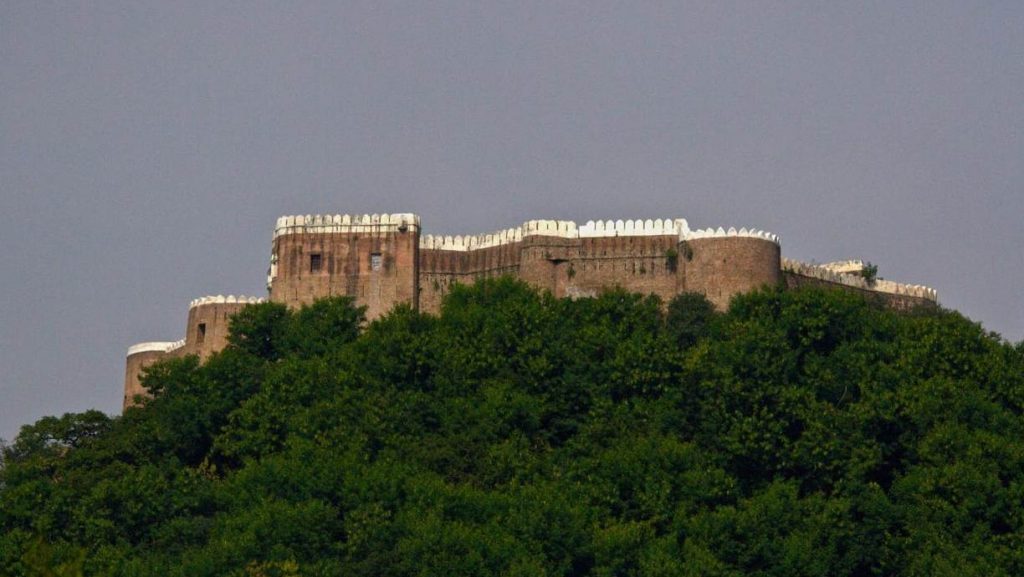 It is also known as the Reasi Fort, as it is located near Reasi, a small town about 64 km northwest of Jammu. Rajput king Bhimdev Rasyal first constructed the fort of clay, and later Maharaj Rishipal Rana, one of his heirs and the founder of Reasi, reconstructed the fort using stone. This fort has rooms of different sizes, and those were used as treasury and armory during medieval times. You can visit the place to see the ancient cultures and the historical facts about this region. Also, visit the temple, pond in the fort as significant spots. 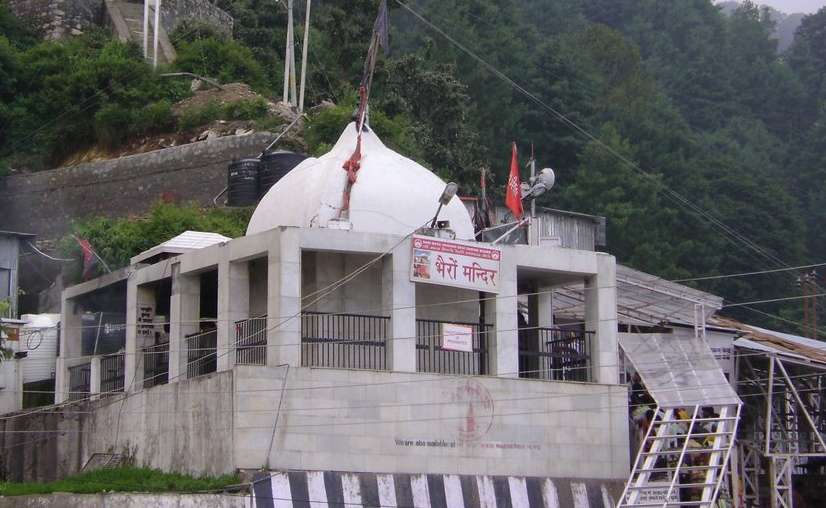 It is a general thing to do in Vaishno Devi, to visit Baba Katra Bhairav, a few kilometers away from Vaishno Devi Temple. According to Hindu mythology, he was the Tantric who was beheaded by the Kali form of Devi Maa. Later, Devi Maa freed him of the cycle of reincarnation and blessed him to being worshipped. Since then, people have come to this place to seek Mata’s blessing, first, pay their respects to Baba Katra Bhairav at the Bhairavnath Temple. It generally takes 15 to 30 minutes to perform puja at the Bahriavnath Temple when you are on your way to Maa Vaishno Devi Mandir. 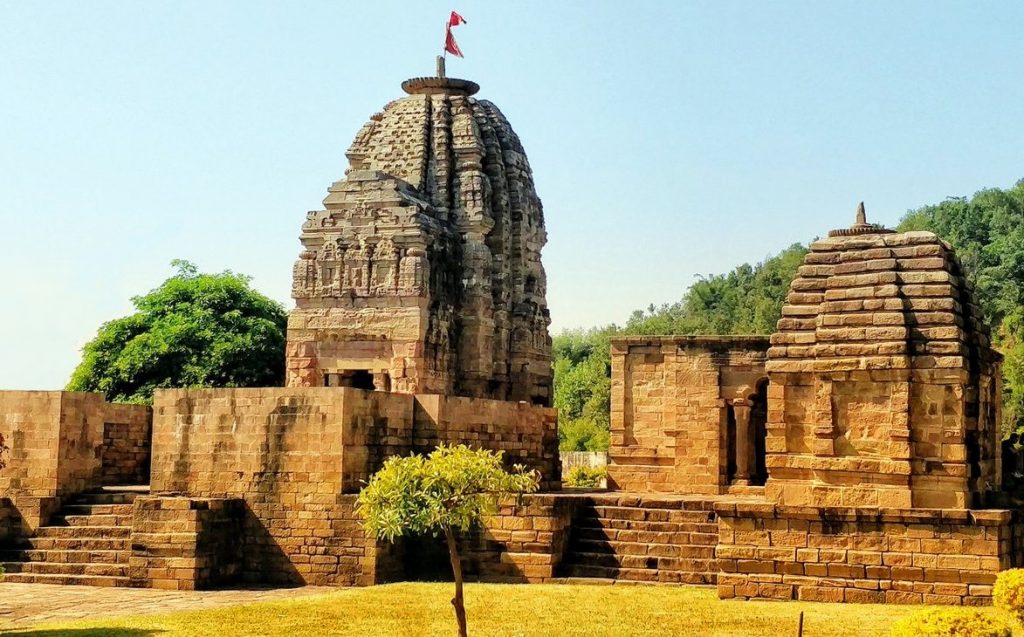 It is a temple complex of seven ancient shrines dedicated to Lord Shiva, Lord Vishnu, Lord Ganesha, and Goddess Parvati, and the legend says Raja Kichak, the creator of the town Krimchi, constructed the temples. The Archaeological Survey of India confirms, these temples were constructed during 800 to 900 AD, and the local peoples believe the temples were constructed during the epic Mahabharata time. If can visit this place with religious belief or historical curiosity as this place holds them both.

Also, you may visit the Chenab Rail Bridge, Salal Dam, Shalimar Park, and Shree Durga Jee Palace Vaishno Devi if you have more time, while these four are the best places to visit near Vaishno Devi. You can complete the Vaishno Devi trip from Delhi within a week, and this is the best time to visit due to the exotic Navaratri festival. So, take a self-drive car on rent from Delhi, and complete the trip in comfort. 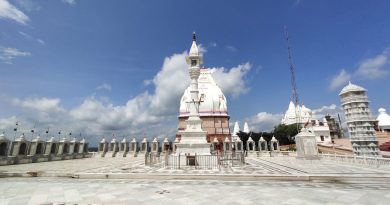 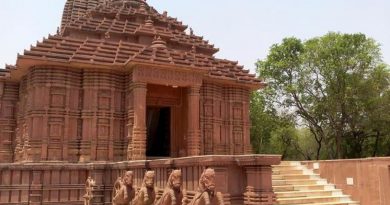 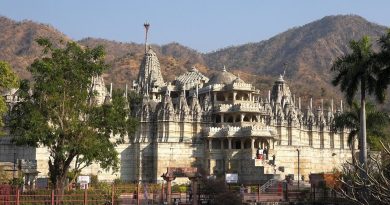