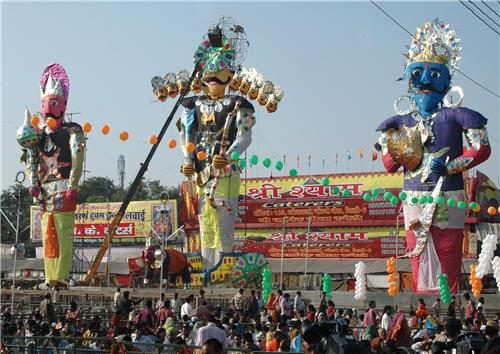 India is the land of festivals. All around the year, there is some or the other festival goes on in the country. Among all the major festivals, Dussehra or Vijayadashami has a special place. It is the time of the year when in the Eastern part of the country, especially West Bengal, people celebrate Durga Puja. In North India, West India, and Central India, people celebrate Navratri, which is then followed by Dussehra. And in the Southern part of India, people celebrate Dasara. No matter which part of the country you are in, you will be able to feel the spirit of festivity. While we talk about Durga Puja, Navaratri and Dasara, let us discuss 10 famous cities for the Dussehra celebration. Kolkata actually lives up to its name City of Joy during the time of Durga Puja or Dussehra. Attending Durga Puja and Bijoya in Kolkata and even other parts of West Bengal is an experience in itself. The Dhunuchi dance, bhog, gorgeous pandals, outstanding idols of Goddess Durga, make this festival worth remembering. To see the traditional side of the Puja, you can even visit the mansions like Sovabazar Raj Bari and Rani Rashmoni Bari. 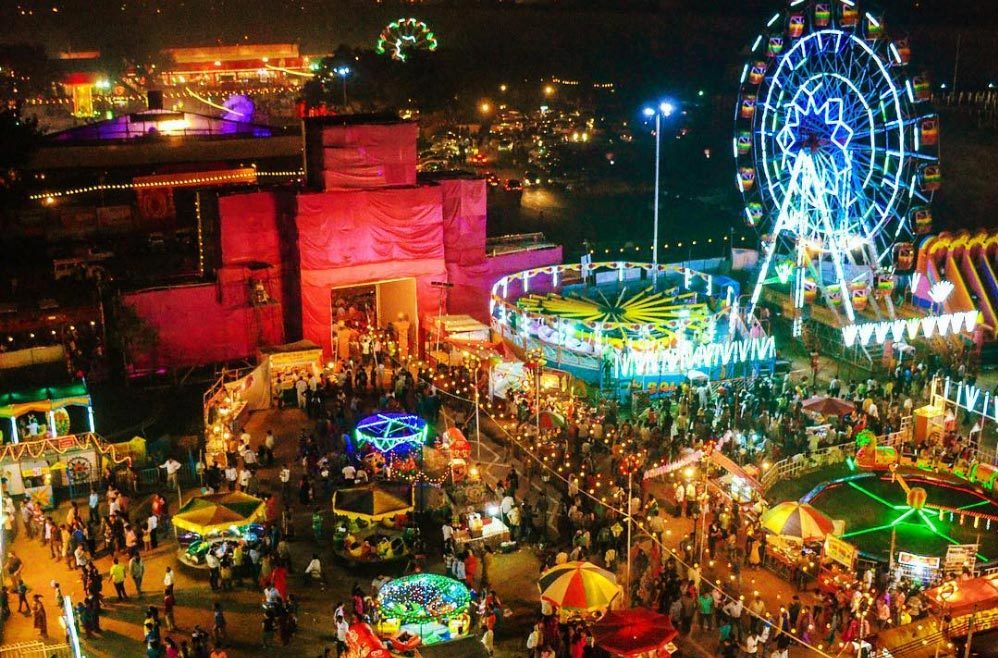 Delhi is undoubtedly one of the best places to visit in India where to celebrate Dussehra. The city brightens up with Navratri that lasts for nine long days. People in Delhi eat vegetarian food items in these nine days and you can see theater actors indulging themselves in the dramas that depict the life of Lord Ram and how he won over Ravana. To see the most popular Ramlila musicals, you can head to Ramlila Maidan, located in Old Delhi. On the day of Dussehra, the effigies of Ravana are burnt and people celebrate the day. 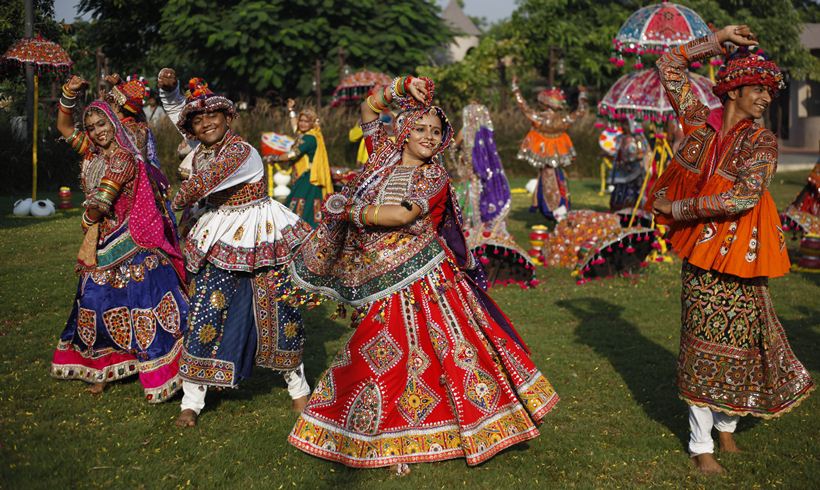 To see the most fun part of Navratri, you must visit Ahmedabad. The city looks absolutely colorful with varied colors of Chaniya-Choli, Kediyus, and Kafni pajamas, and the energetic Garba dance add even more fun to the Navratri atmosphere. Another thing to witness during this time in Ahmedabad is the ‘Aarti’ performed by the Gujarati people in honor of the Mother Goddess. Thousands of people make a circle around earthen lamps and dance to commemorate the victory of good over bad.

Varanasi has always been one of the top places to visit in India to enjoy Dussehra. Varanasi is one of the oldest cities in the country, and the Ramlila performed here beside the Ramnagar Fort is equally old since it is being conducted since the 1800s. The entire fort area is changed into stages that represent locations in the story like Ayodhya, Lanka, etc. While the actors move from one location to the other to perform the saga, the audience also moves with them.

This Dussehra is celebrated by the tribals in Chattisgarh’s Bastar district which is celebrated for 75 days. It is believed that the 13th century Bastar King Purushottam Dev in Bade Dongar started this tradition. In these 75 days, the tribals here carry out several rituals such as pata jatra, deri gadhai, kachan gaadi, nisha jatra, muria durbar, and on the final day, ohadi which is the farewell to deities. 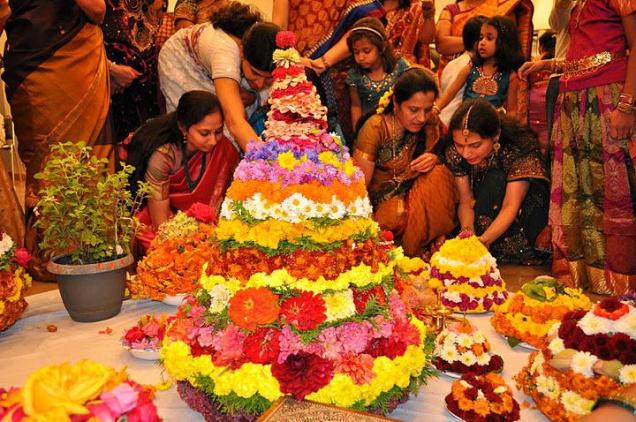 Bathukamma coincides with Navratri and commences on the day of Mahalaya Amavasya. It ends of on the day of Durgasthami. Then starts Boddemma, which is a 7-day festival which is celebrated to mark the ending of Monsoon and the starting of Autumn. People here start the festival with worshiping Lord Ganesha. Flower arrangements are made and women dance around the flowers in this festival.

Witnessing the Dussehra celebration in India is not enough if you do not visit Mysore’s Dasara. The Dasara celebration at Mysore is one of a kind. The celebration includes cultural performances, military parades, and athletic competitions. The Mysuru Palace is decorated in the best possible way, and a special Durbar is conducted, which is attended by the Royal family. The most interesting part in Kota during Dussehra is the Dussehra Fair. The tradition of organizing the fair was first started in 1723 AD, during the reign of Maharaj Durjanshal Singh Hada. From cultural performances to stalls that offer delectable food, from costume plays to firework displays; attending the fair is a unique experience. On the day of Vijayadashami, giant effigies of Ravana are set on fire. The days are then followed by the Moustache competition, Mushairas, and Kavi Sammelan.

Madikeri is known for its natural beauty, but another thing that makes the town famous is the Dasara festival. The carnival-like festival lights up the entire town, and people stay awake all through the night. 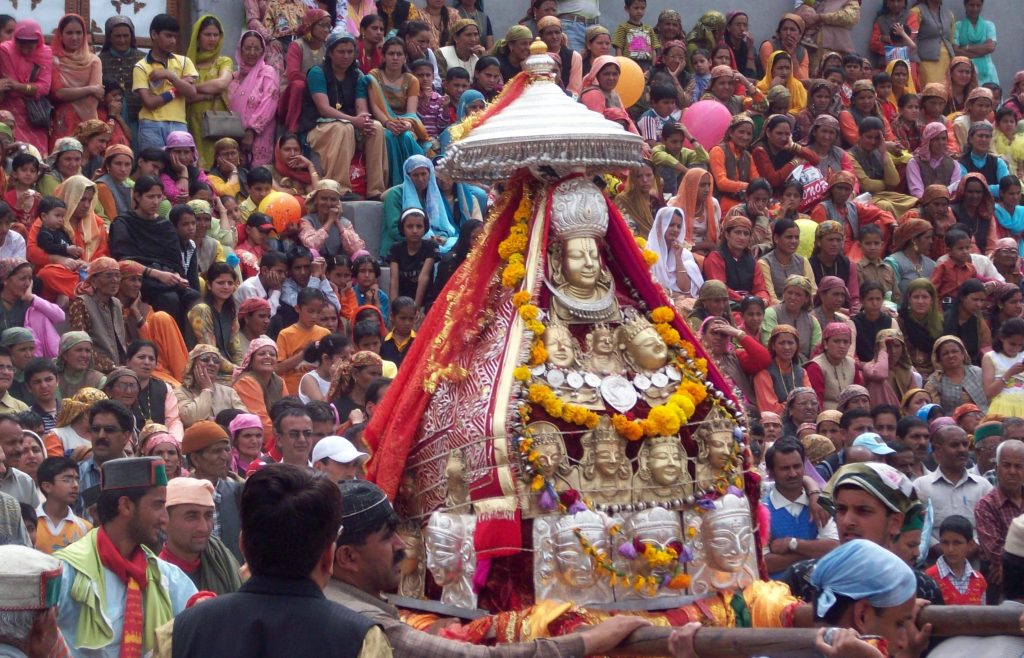 More than 200 local deities are assembled to participate in the rath yatra of Lord Raghunath to Dholapur Maidan. Something that makes Dussehra in Kullu different is that the celebrations start here on the day of Vijayadashami.

The Dussehra celebration date in 2020 is from October 22-26. There are several things to do in Dussehra, from meeting family and friends to eating out, roaming around the city all through the day and night, and many more. To visit these cities in and around during the Dussehra celebration 2020, you can opt for Revv car rental services. You can do the booking online and make your Dussehra experience even better. 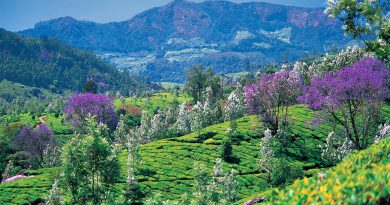 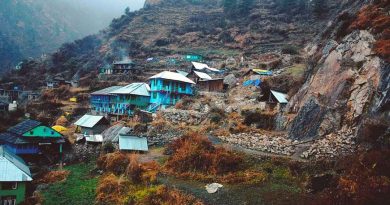 Reaching Kasol from Delhi and Exciting Activities in Kasol 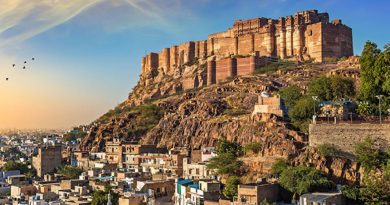 This December Enjoy 10 Perfect Road Trips Near Jaipur by Car