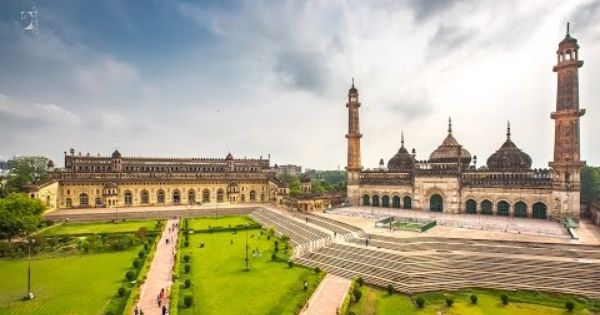 The capital city of Uttar Pradesh, Lucknow is the city of history and culture that has treasured the glorious remnants of Mughal and British rule. From magnificent forts and Havelis, sprawling gardens and Imambaras, Lucknow is truly a city of the royalty. It is known for its exotic food specialy famous Lucknowi Kebabs  and exclusive Chikankari designs that is famous all over the world. Travelers often plan Delhi to Lucknow by car to witness and compare the beauty of these 2 historic cities.On the way to Lucknow, You can visit to Agra and see the beauty of the Taj Mahal.

Famous Places to Visit in Lucknow 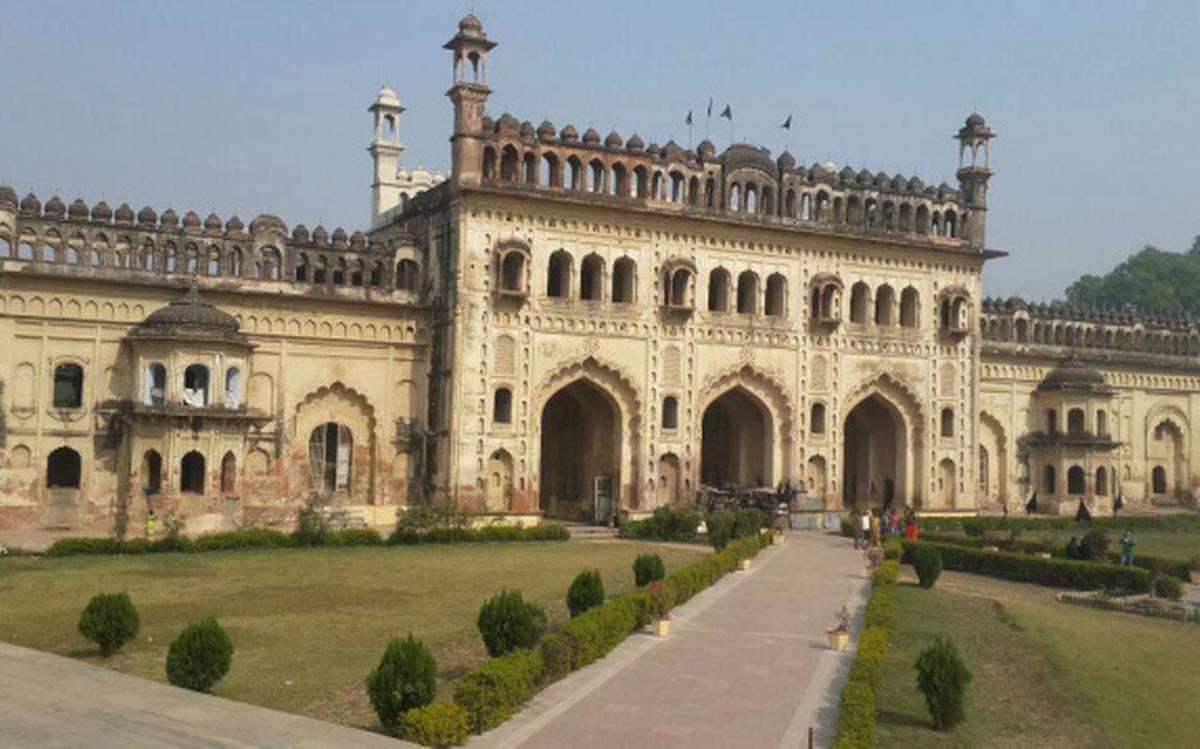 The Bara Imambara built in the year 1784 for famine relief venture is a unique example of Mughal architecture. A part of the Asaf-ud-Daula Imambara Complex this consists of several courtyards and step wells and an incredible maze of Bhulbhuliya created to distract the enemies. This is one of the most visited tourist places in Lucknow. 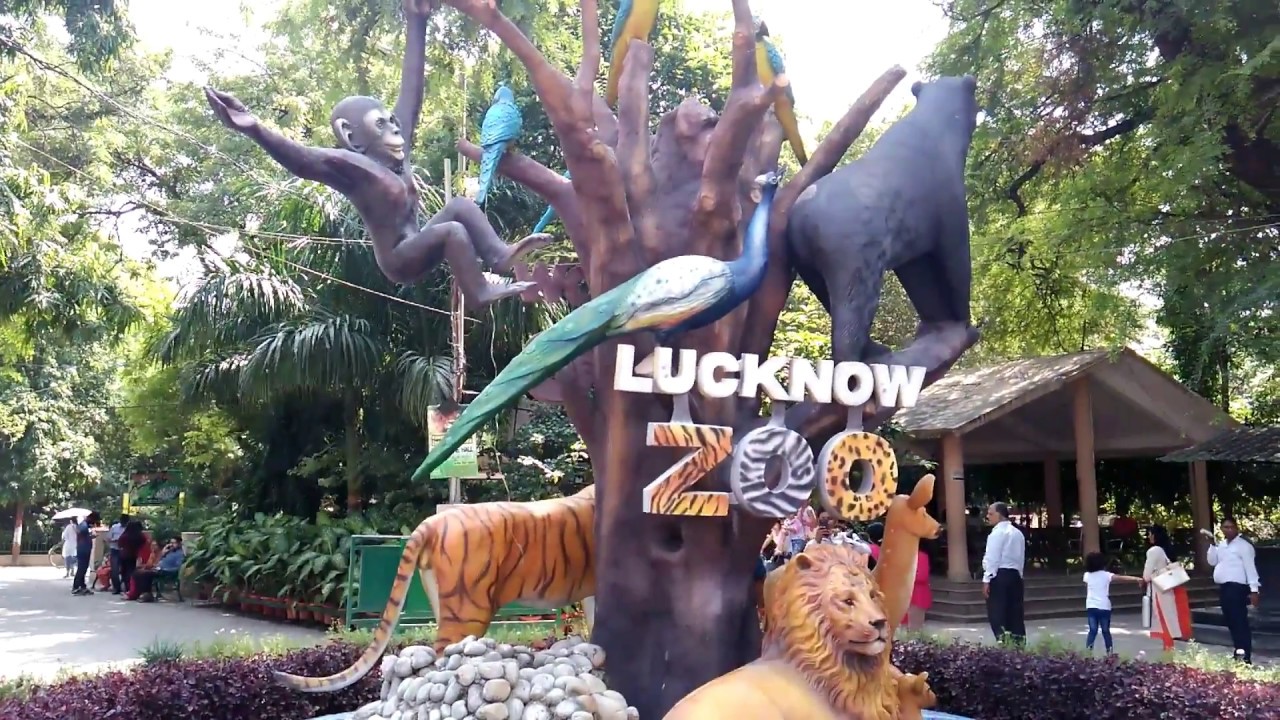 The Lucknow Zoo is one of the most loved destinations by kids. This is the home to around 400 species of mammals and almost 300 species of birds and few reptiles as well. Take a trip on the cute little toy train inside the zoo and check out all the enclosure habitats of the Royal Bengal tigers, white tigers, lions, wolves, gibbons, black bears, and the great Indian rhinos. 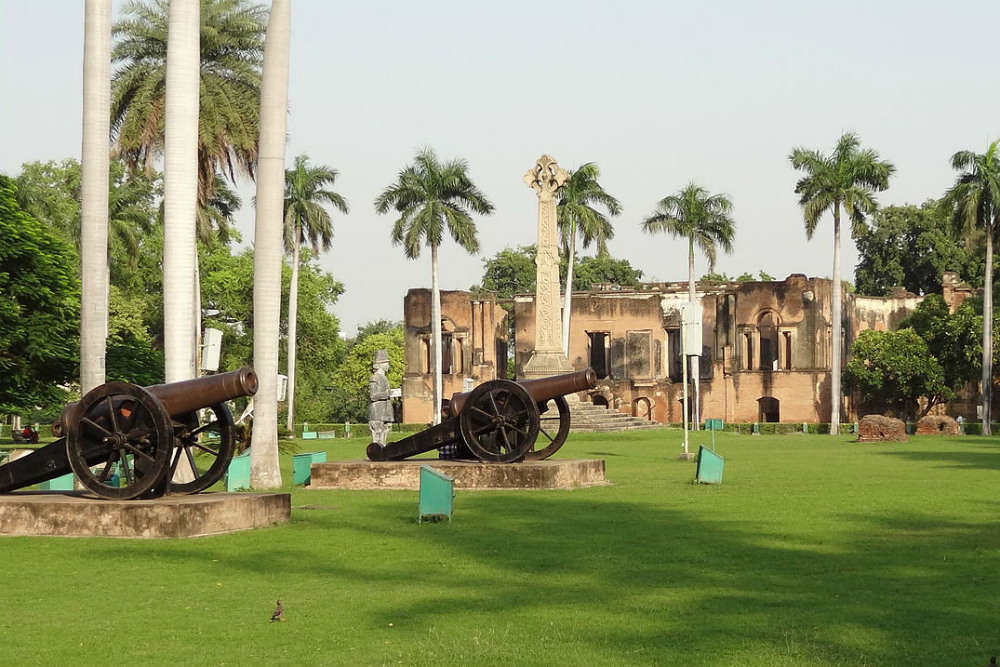 The British Residency has sprawling gardens and remnants of 1857 Sepoy Mutiny.  This was the home to 3000 British soldiers during the 1857 revolution. Its walls still has marks from the bullets and cannon balls. 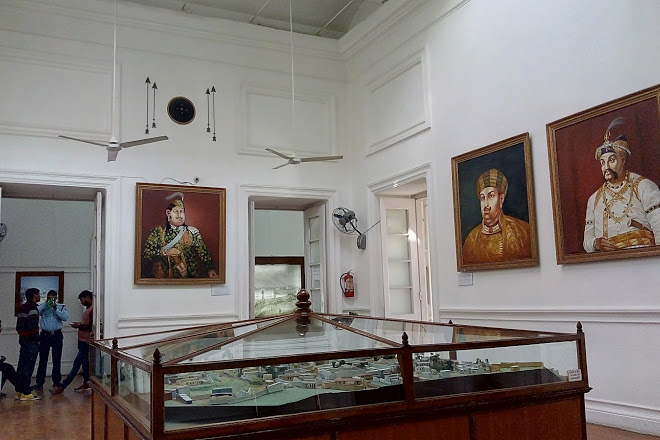 The Memorial Museum has all the exhibits that are related to the mutiny of 1857. You can see the diorama, canvas paintings, photographs that give the audience a narrative of that time. 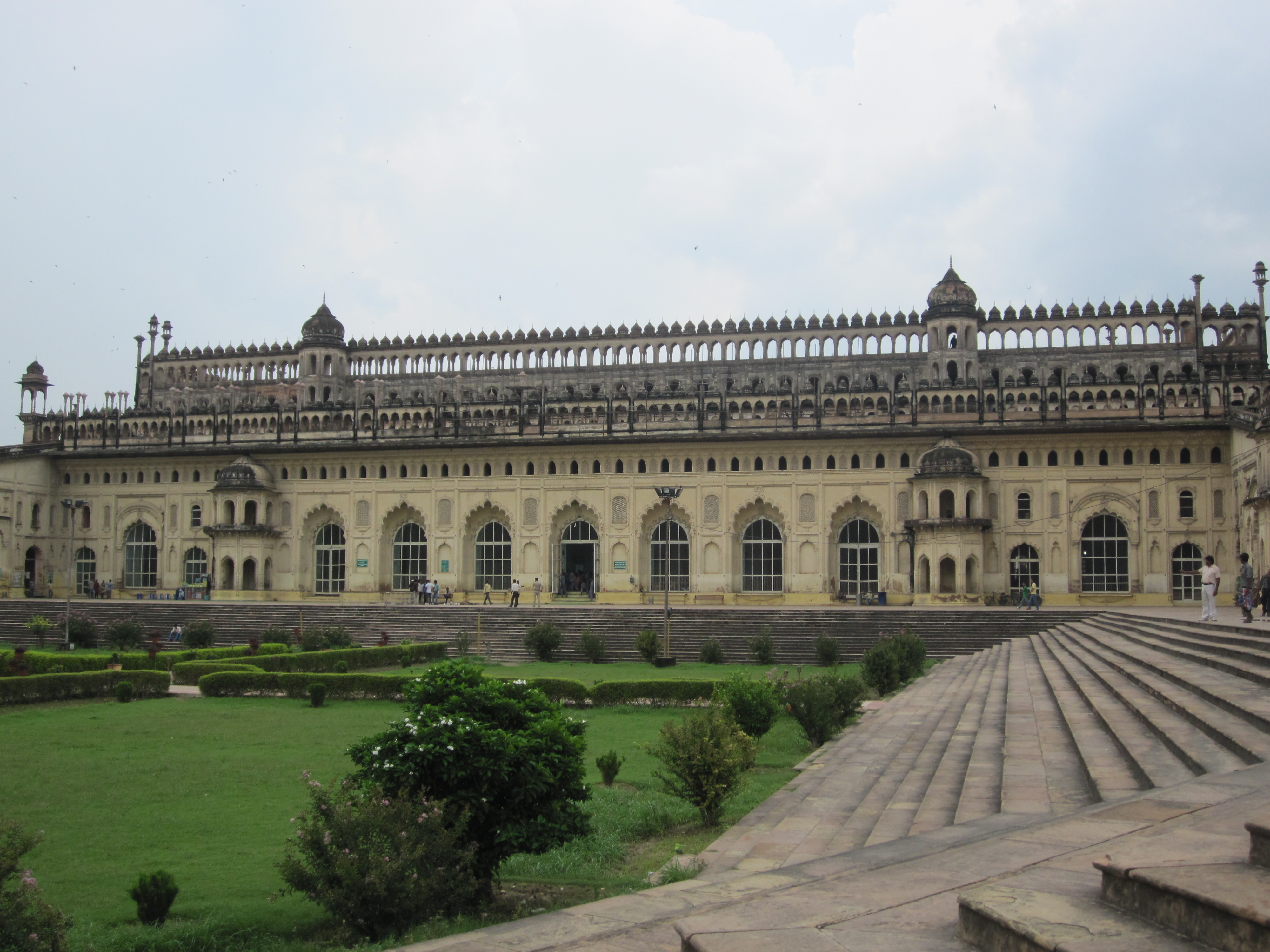 A part of the Taj group of hotels this is one of the best dining experiences in Lucknow. Gorge on the mouthwatering kebabs, the Biriyani and Parathas in a royal ambience. The carpets and chandeliers make it all the more perfect. 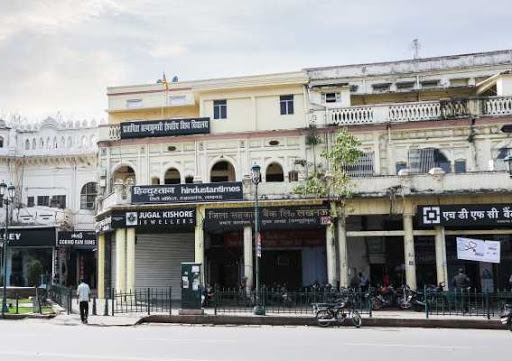 Hazaratganj is a paradise for shoppers and tourists who love music, perfumes and poetry. If you would like to shop for local artwork, exclusive Chikankari or the famous Lucknawi attar then Hazaratganj is the ideal location. 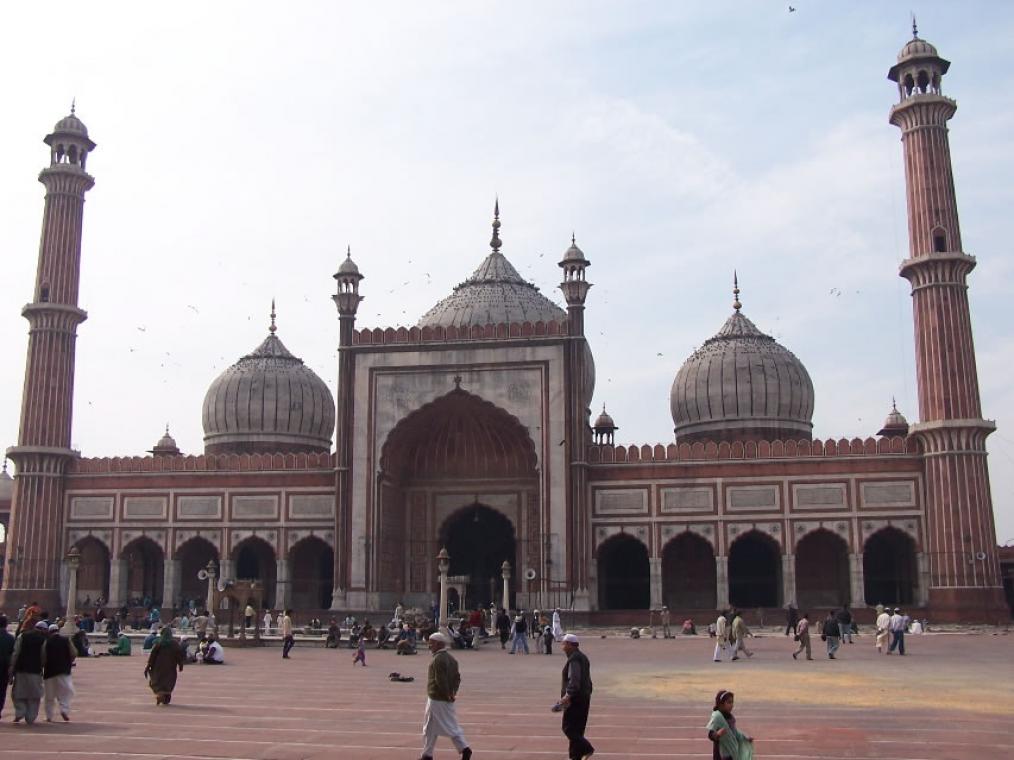 Jama Masjid is one of the important mosque and one of Lucknow’s major tourist attractions. Built by Sultan Ahmed Shah in the year 1423, this is a yellow sandstone structure intricate designs and stunning confluence of Hindu and Muslim architecture. There are strong influences of Jain and Hindu culture in its carvings. Spread across 4,950 square metres this also has the tomb of Sultan Ahmed Shah himself.

Best Time to Visit in Lucknow

The month of March and April and then again October – December are the best months for the Delhi to Lucknow road trip. One should avoid the road trip in June and July as temperature rises to 45 degrees. The fun is in the drive so it is recommended that you undertake a self drive on this road trip. In winters Lucknow is pleasant. The nights are cold and foggy making the trip a delight.

From Delhi to Lucknow 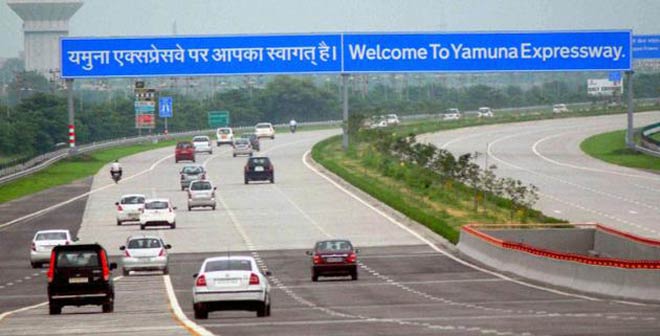 The Delhi to Lucknow the distance will be 470 km approximately. You can start off early and take Delhi to Lucknow expressway route. The distance between Delhi and Lucknow has reduced due to the Yamuna Expressway. There are major halts and stops in this area. major pitstops along with refreshments and fuel stations during our road trip were. You can also find Subway, Starbucks, Masala Dhaba on the Delhi To Agra Expressway toll.

Things to do In Lucknow

Lucknow is not just a capital city of Uttar Pradesh but the home to exotic authentic Mughlai cuisine and majestic monuments from yesteryears. This is a beautiful city which is famous for its Tunday kebabs to the authentic Lucknawi Biriyani that draws connoisseurs from all over.  Visit the grand doors of Rumi Darwaza in the heart of the city that resembles Awadhi architectures or play the game of hide seek in the corridors of Imambara. Lucknow always has something for everyone. 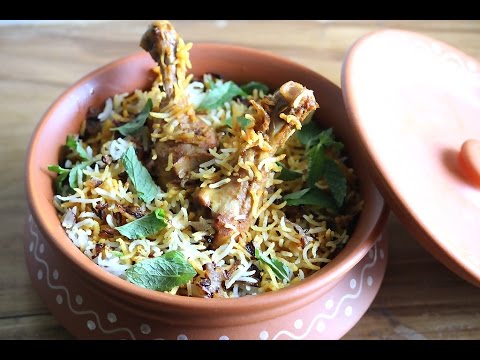 Walk through the crowded streets of Central Lucknow and you can explore the meandering boulevards, historical monuments and sprawling gardens with delectable street food. You can also view the positioning of intergalactic stars and planets at the Indira Gandhi planetarium. You can also visit the city during the Lucknow Mahotsav that is held every year in November.

Also on your trip from Delhi to Lucknow you can visit Agra and witness the beautiful Taj Mahal on the banks of Yamuna river. The Taj was built by the Mughal emperor Shah Jahan for his loving wife Mumtaz Mahal. On your way you can make a halt at Agra and witness this magnificent wonder of the world that attracts tourists from all over.

Explore the amazing destinations on your road trip from Delhi to Lucknow. Both are amazing historical cities and exude the architectural grandeur and beauty of yesteryears. You can kickstart your road trip with the luxury Revv car rentals in Delhi and make this trip a memorable one. 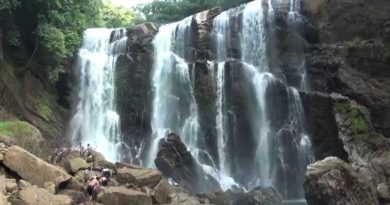 Surrender to the allure of a Mumbai to Dandeli road trip 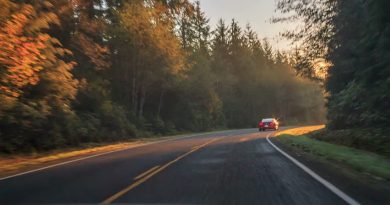 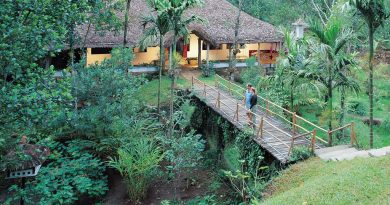 Road Trips to 10 Best Ayurveda and Spice Gardens in Kerala