Looking for a getaway in the vicinity of Kolkata? Drivable. Various places of interest. Confluence of myriad cultures. Quaint old-world charm. Vast agricultural patches. Intricate artistry in ancient monuments. Delectable sweets. Places of worship. Bardhaman or Burdwan ticks all these in your checklist. It is believed that Bardhaman existed even in the Mesolithic era (Late Stone Age) and dates back to 5000 BC approx. However, the place got its present name later during the 6th Century when Vardhamana, a Jain Tirthankara, spent some time in that region. We get this history from the scripture of the Jains, Kalpasutra. Even during the Mughal rule, this place enjoyed prominence as district capital and Jahangir named it ‘Badh-e-dewan’. Later, it became the headquarters of the Maharaja of Bardhaman. Don’t you feel intrigued to explore Burdwan in all its glory, and also the places in its vicinity?

Top things to keep in mind when travelling from Kolkata to Bardhaman!

15 Amazing destinations to visit in and around Bardhaman!

When you take a road trip from Kolkata to Bardhaman, you are definitely waiting to spend a magnificent time in this amazing city. And that is surely what you are going to experience. And not just this, there are some classical locations around Bardhaman as well which you surely should visit when you have the convenience of a car at your disposal.

One of the top attractions in Bardhaman, the Tomb of Sher Afghan, is an ancient monument. There are some intriguing and curious stories going on around the death and burial of Sher Afghan, but this tomb is a spot where you’ll find lots of tourists. Some visit this tomb to know its historical value, while some visit to pay homage to this Mughal warrior. 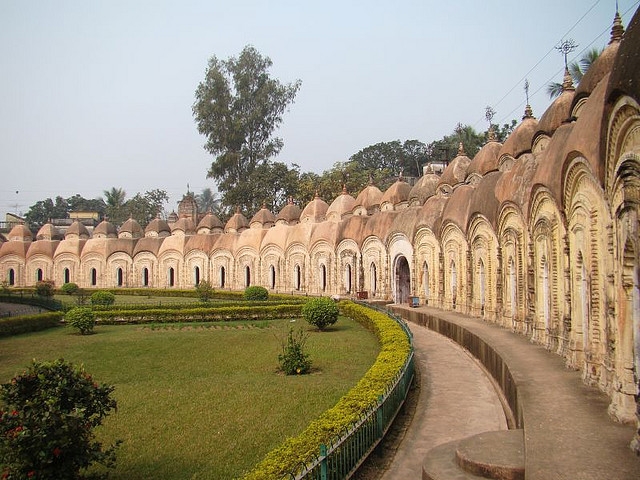 The Shiv Mandir is one of the famous things to see in Bardhaman. A bevy of 108 temples with unique structure and architecture is surely a fascinating site to explore. Apart from tourists, you shall find devotees flocking this premise for paying homage, especially during the auspicious time of Shiva Ratri. 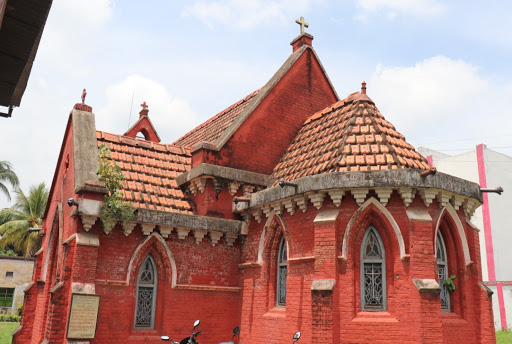 Want to get your prayers answered? Then do visit Christ Church in Bardhaman, an old church which dates back to the 18th century. Apart from the religious importance, you’ll find the structure and architecture of this church quite distinct and that will impress you for sure. 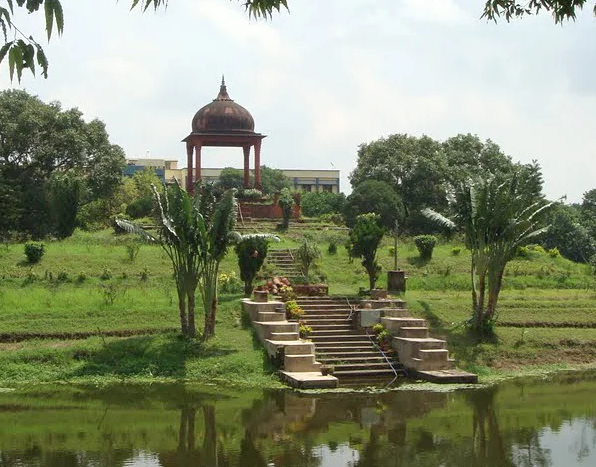 When exploring Bardhaman after taking a car rental from Kolkata, visiting the Golap Bagh – the garden of roses — is a must. The enchanting rose garden was built in the 18th century and has some pretty nice backdrop where you can go and click really wonderful pictures for your Instagram feed. 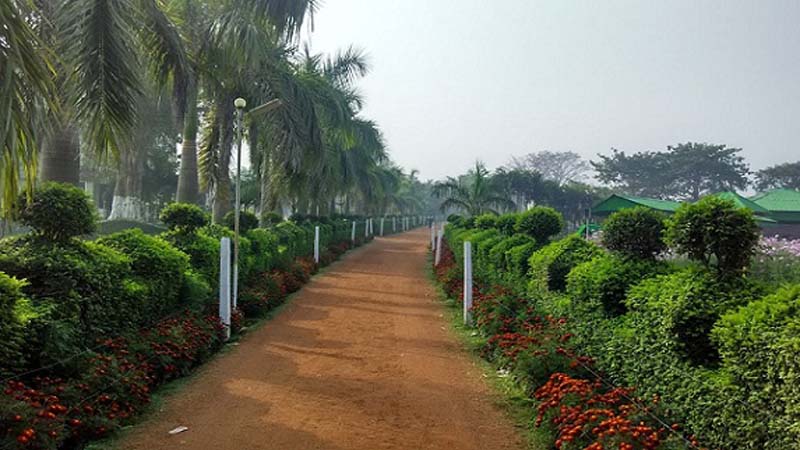 It was around the 16th century that the ruling king of that time constructed a massive artificial lake of around 33 acres in this town. And later it was followed by nurturing an equally astonishing garden around it. This lake and the garden around it are sure to enthral. We think you should definitely visit it to enjoy a calm time away from the city hustle. 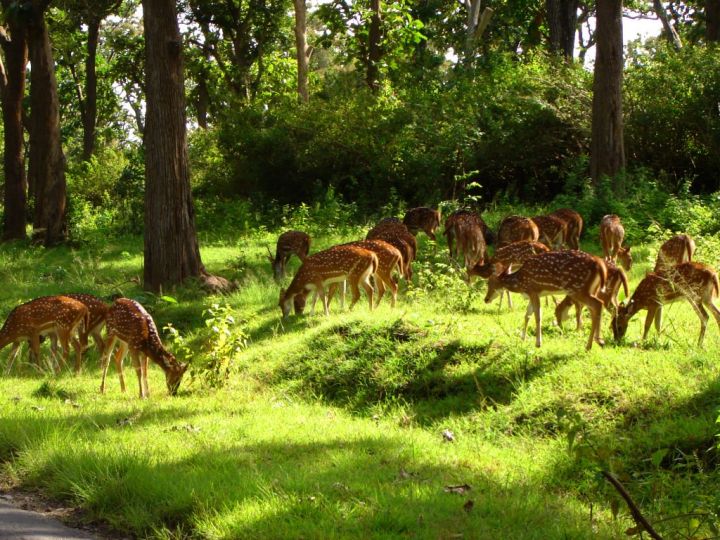 If you are a wildlife lover, you’ll surely love the Deer Park at Bardhaman. It has some exceptional wildlife to keep you engrossed and if you wish to spend a night here, then you can always occupy the guest house as well. 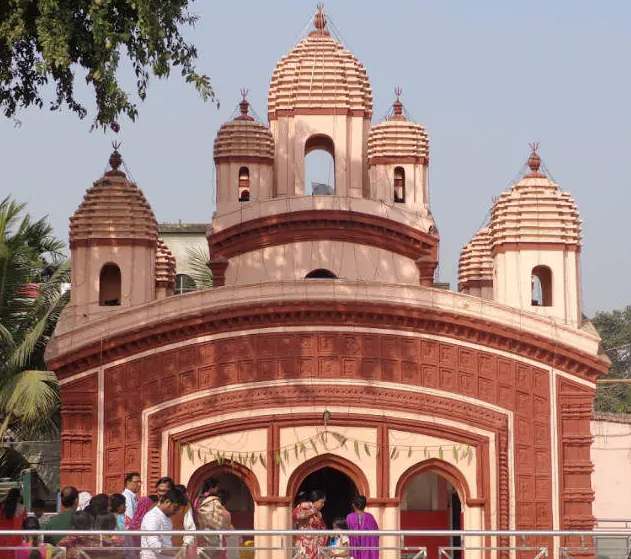 Bardhaman prides in having this unique temple called Kankeleshwari Kalibari that is dedicated especially to Goddess Kali. You should visit this temple to pay homage to the Goddess and also get intrigued by the captivating black stones and rocks that are a part of the stunning architecture of this temple. 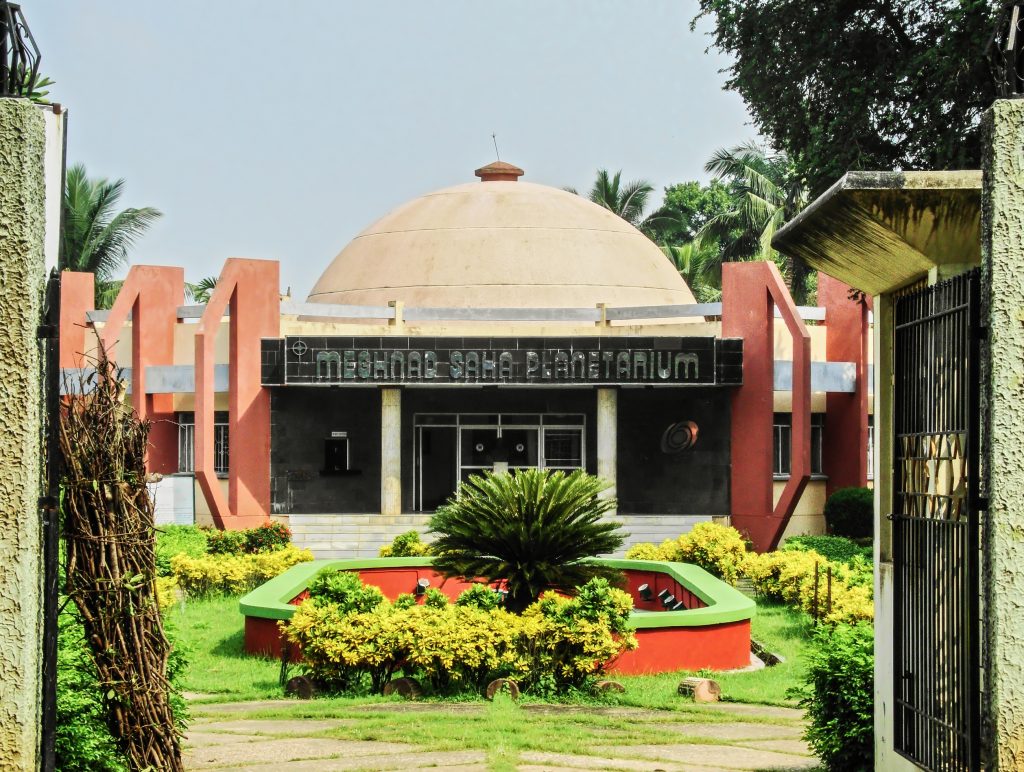 You just can’t miss the excitement of visiting the Meghnad Saha Planetarium that’s located in Bardhaman. Built by the Japanese Optical company, it provides you a unique view of the solar system and keeps you entertained as well. 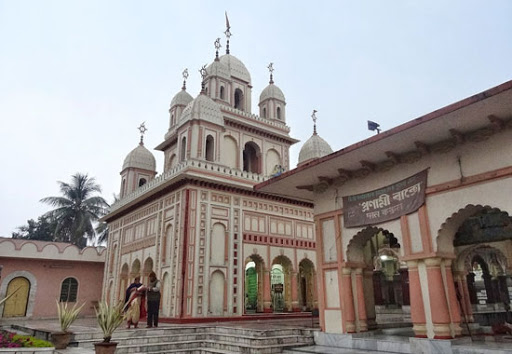 This temple has been a proud part of Bardhaman’s history and culture since eternity. It was built by the natives of the city and till today holds great value in terms of religion and beautiful architecture. 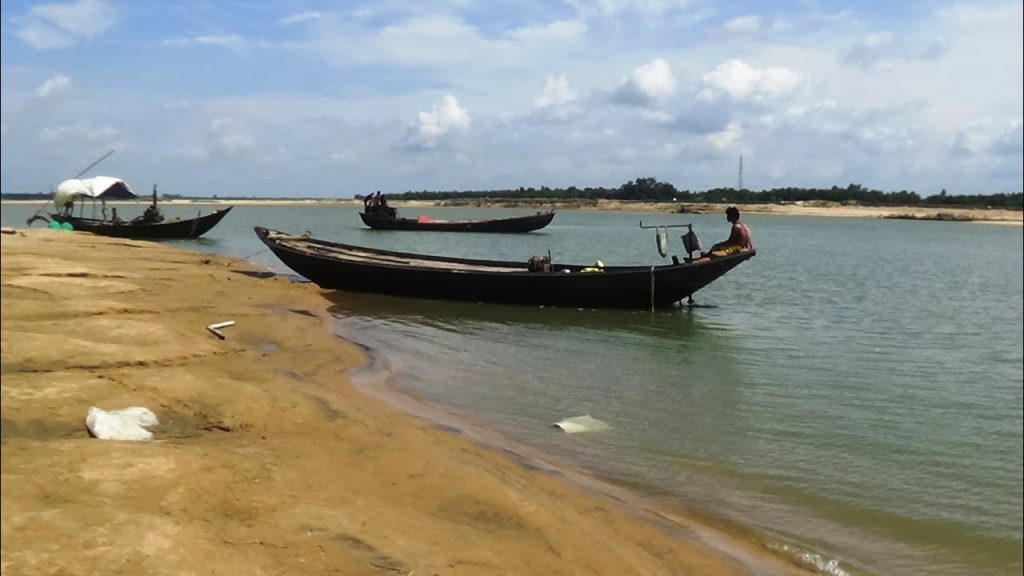 If you love boating, Bardhaman offers you a great opportunity for that as well. The Damodar Riverside is a peaceful location that lets you enjoy boating in a peaceful atmosphere and spend some time around the calm river. 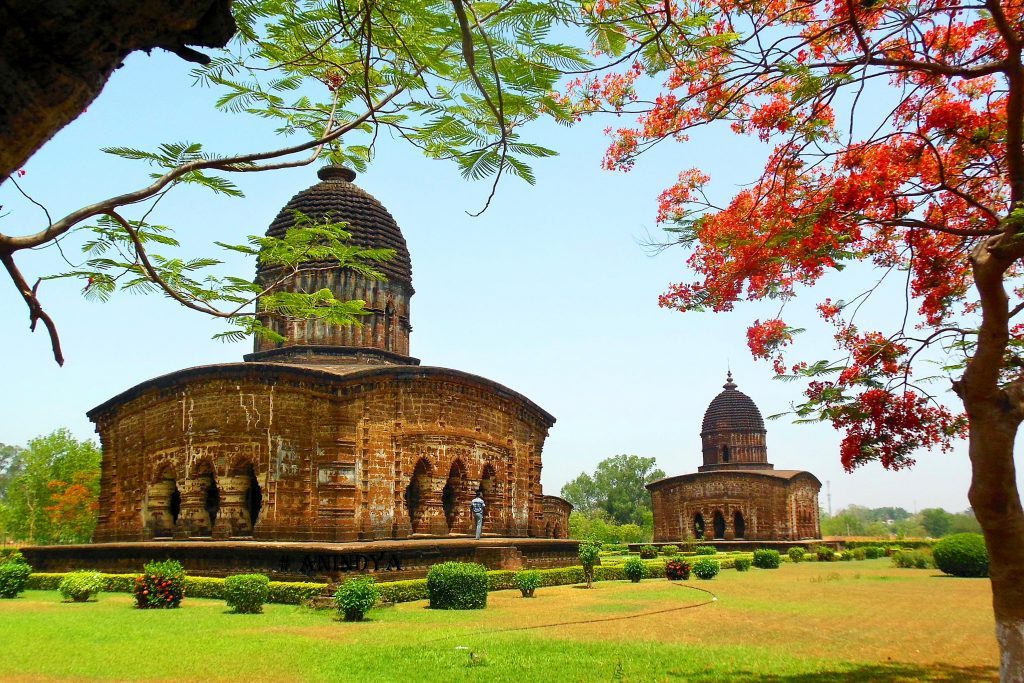 We aren’t anywhere forgetting Bishnupur when we are talking about the places to visit in and around Bardhaman. It’s located around 132 Kilometres away from this town, and you’ll get to feel absolute serenity and peace when you visit this place. The terracotta temples having lots of artistic and spiritual value are what attracts tourists from far and wide to this place. Durgapur happens to be the second planned city of India and is also a prominent dock. You’ll be amazed by the exceptional infrastructure of this city and even the mind-blowing temples found in this location. The town has swanky hotels where you can rest after a drive of about 70 kms from Burdwan. 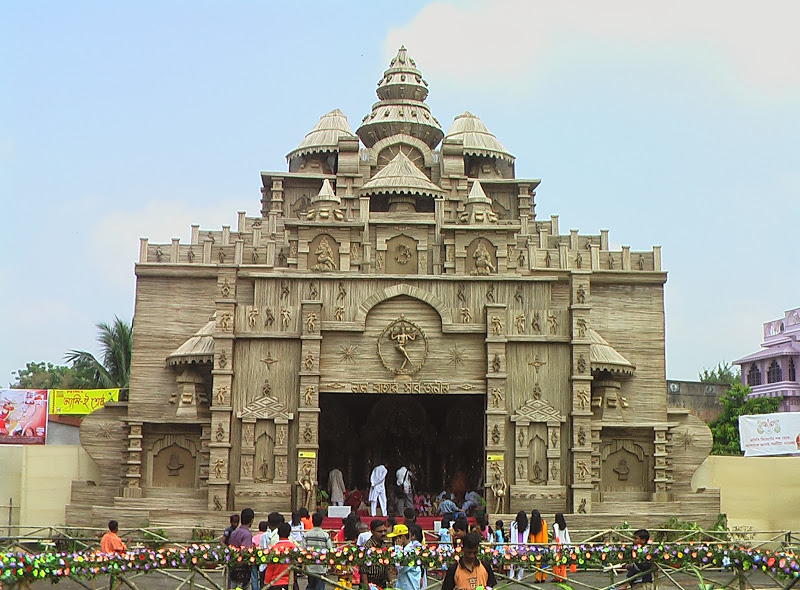 With your sanitized car rental from Revv, it won’t be difficult to travel a little further (66 kilometres) and reach Bankura. You’ll love the adventurous activities awaiting you there. And even the temples here are famous. Bengal prides in Tagore’s land, Shantiniketan, which is located around 62 kilometres away from Bardhaman and lets you peep into his life, teachings, history of his organisation, and revel at his great works. A great escape located just around 108 kilometres away from Bardhaman, Mukutmanipur, is a fabulous location with lots of greenery and fresh charm. The lush flora and cascading waterfall would make-up for your drive and time.

Well, Bardhaman and these enticing locations around it certainly hit a chord with the wanderlust souls. We are sure even you’d be very excited to explore all these locations soon. Let us sign off with a sweet note. Did you know that the famous sweets of Bardhaman, Sitabhog, Mihidana, and Lyangcha could be conversation starters and dates back to the British Raj? The former two were invented at the behest of the then Maharaja of Burwan to appease Viceroy Lord Curzon. Don’t come back home without tasting them! And pack some from your drive back too? 10 Road Trips to The Mysterious Caves in India