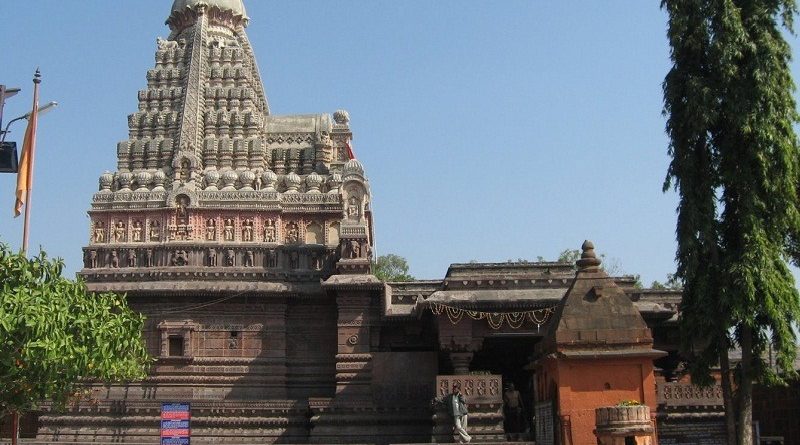 Mumbai is one of the busiest cities in the country that hardly ever sleeps. Even if at 3 am, you step out of your home in Mumbai, you will find food stalls open, ready to offer you some sumptuous food. The work in the city goes on around the clock. If you too stay in this city but want to take a break from this kind of a fast-paced lifestyle, then you can plan a trip to various places near the city. One of the most sought after destinations near Mumbai is Aurangabad. The city is not as big as Mumbai or any other metropolitan city in the country but has a lot to offer to the tourists. Especially, if you are a history aficionado, you will love every bit of your trip to this beautiful city with loads to explore and experience. So, let us see the best routes from Mumbai to Aurangabad.

One of the fastest routes from Mumbai to Aurangabad is the one through Pune Expressway. This is not the shortest route, but taking this road on a road trip from Mumbai to Aurangabad, you will easily reach the city in less time because of the great condition of the roads. The towns that you will cross on this route include Mumbai, Talegaon, Chakan, and Aurangabad. The major attractions that you will come across on this route are Pune City, Shani Shingnapur, and Ahmednagar Fort.

Distance between Mumbai and Aurangabad: 376 km

This is one of the most scenic routes that you can take on your trip from Mumbai to Aurangabad. The Malshej Ghat, especially during the monsoon season, looks absolutely soothing. If you are traveling during the winters, you may even spot Flamingos and other migratory birds. The places that you will cover in this route include Mumbai, Thane, Kalyan, Murbad, Malshej Ghat, Belhe, Takli Dhokeshwar, Ahmednagar, and Aurangabad. The tourist places between Mumbai to Aurangabad while following this route include Malshej Ghat, Pimpalgaon Joge Dam, Shivneri Fort, Bhimashankar,, Shani Shingnapur, and Ahmednagar Fort.

Distance between Mumbai and Aurangabad: 372 km

This route is filled with natural beauty but you may find some rough patches on the roads. If you want to take a tour of the Shirdi Sai Baba Mandir, this is the route you should take. The places that you will cover in this route are Mumbai, Igatpuri, Ghoti Toll Naka, Sinnar , Vaijapur , Waluj, and Aurangabad. The tourist attractions that you will come across while traveling via this route include Shirdi Sai Baba Temple, Dhamma Giri Vipassana International Academy at Igatpuri, Trimbakeshwar Shiva Temple, Western Ghats near Ghoti, ancient Gondeshwar Temple at Sinnar.

Distance between Mumbai and Aurangabad: 341 km

The history of Aurangabad goes back to 1610 when the town was established by Malik Ambar, who was the Prime Minister of Murtaza Nizam Shah II of Ahmadnagar. Back then the town was named Fatehnagar. In 1653, Mughal Emperor Aurungzeb, who was appointed as the viceroy of the Deccan for the second time, made the town his capital for the Deccan region and re-named it Aurangabad.

Today Aurangabad is one of the top cities in Maharashtra that attracts a lot of visitors all through the year. It is a city also known for being a big center for the production of the textile of silk and cotton. Some of the top tourist attractions in Aurangabad are discussed below:

7 Best Places to Visit between Mumbai to Aurangabad 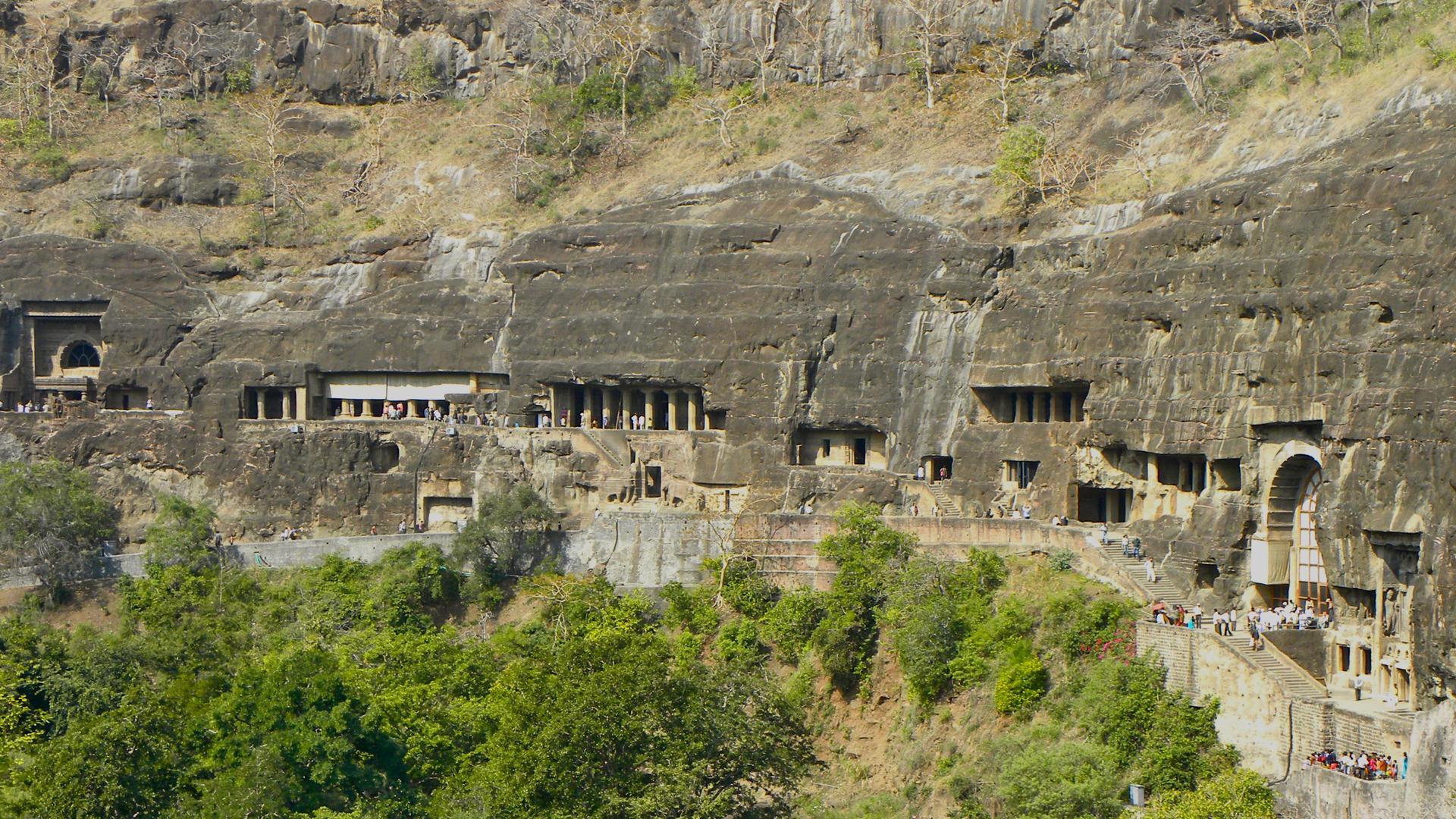 The Ajanta Caves are a group of caves and one of the important places to visit in Aurangabad. The three rock-cut Buddhist caves were built during the era between the 2nd century BC and 650 CE. 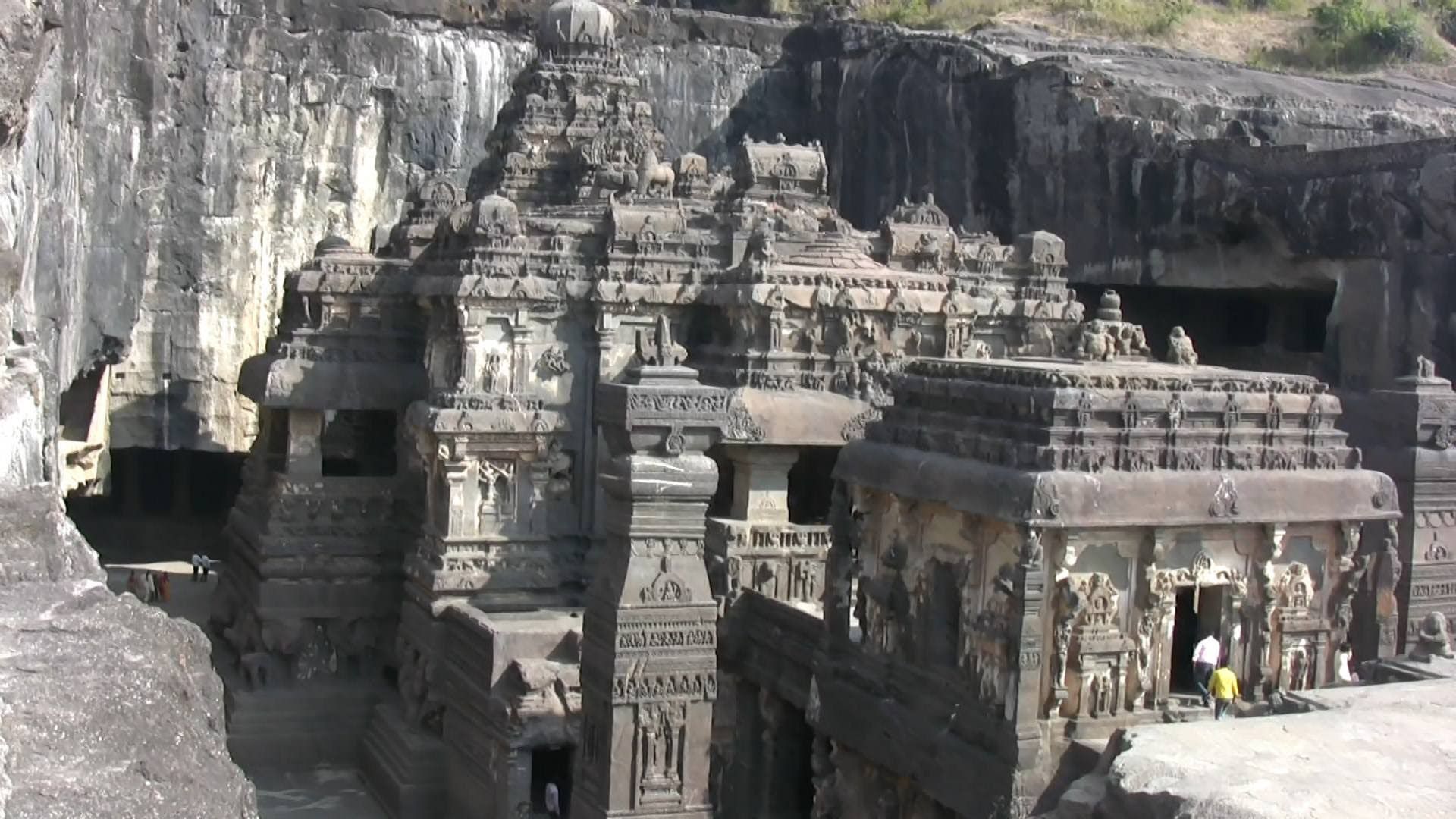 The city of Aurangabad takes a lot of pride in the grand Ellora Caves. The sculptures you will find here represent three religions. 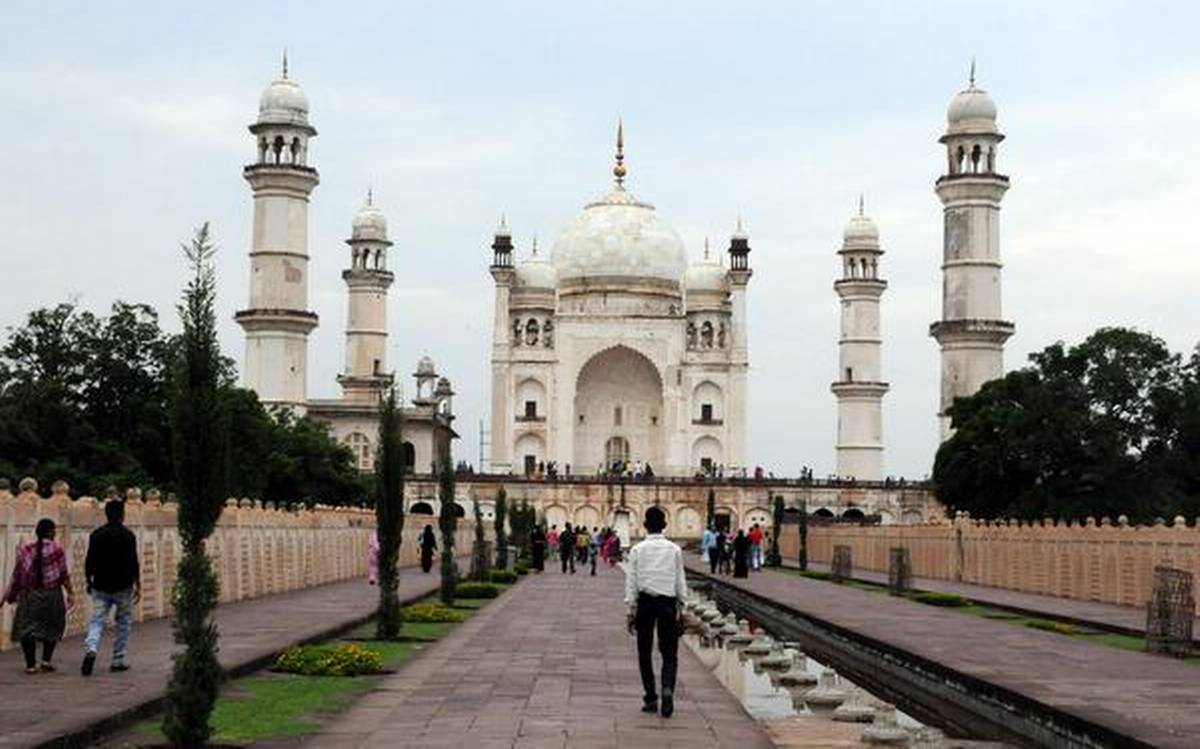 Bibi ka Maqbara is another tourist attraction in Aurangabad that you must not miss out on while visiting Aurangabad. It was constructed by Mughal Emperor Aurangzeb in memory of his wife Rabia-Ul-Daurani alias Dilras Banu Begum in 1661. 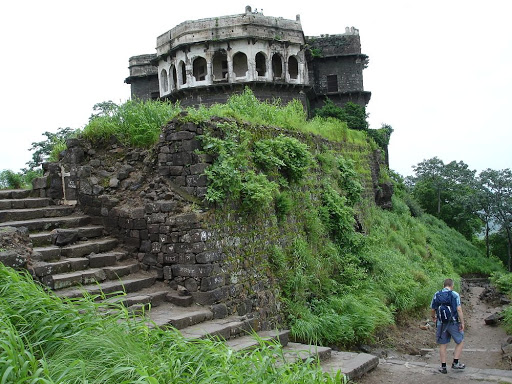 To visit Daulatabad Fort, you have to travel 15 km further from Aurangabad. Built-in the 12th century, this fort is located amid lush greenery. You can trek to the fort and take around 750 steps to reach the top. 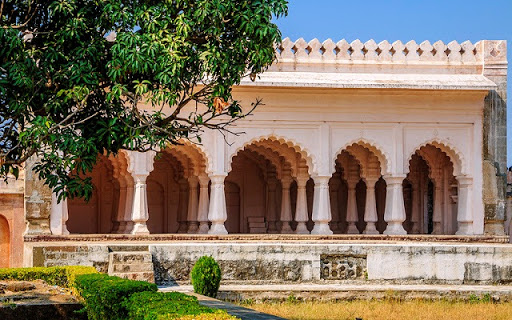 Named after the daughter-in-law of Aurangzeb, this lush green site is a spot in Aurangabad where you can see the Mughal style of architecture. From the fountains to the fluted pillars and even the massive domes, everything is spectacular about this garden. 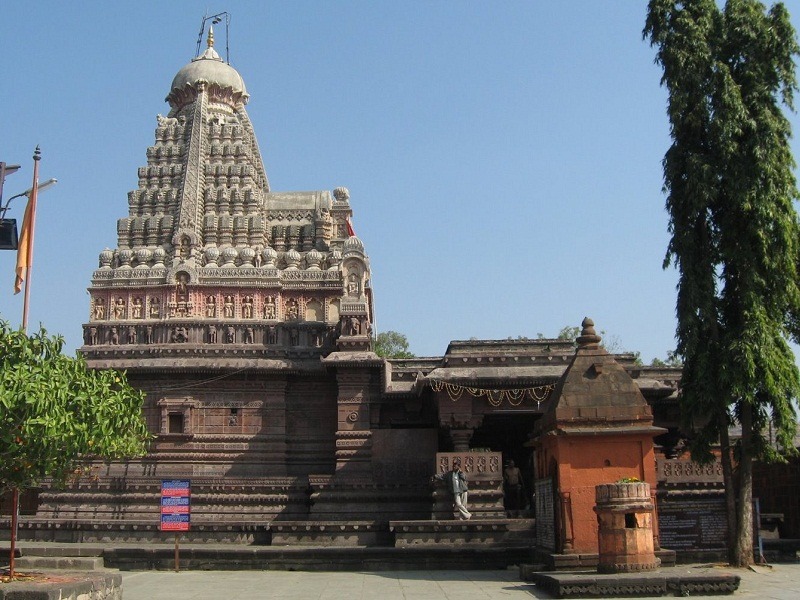 It is one of the Jyotirlingas and is considered to be the last of all the 12 Jyotirlingas. You can touch the Shiva Linga here with bare hands. 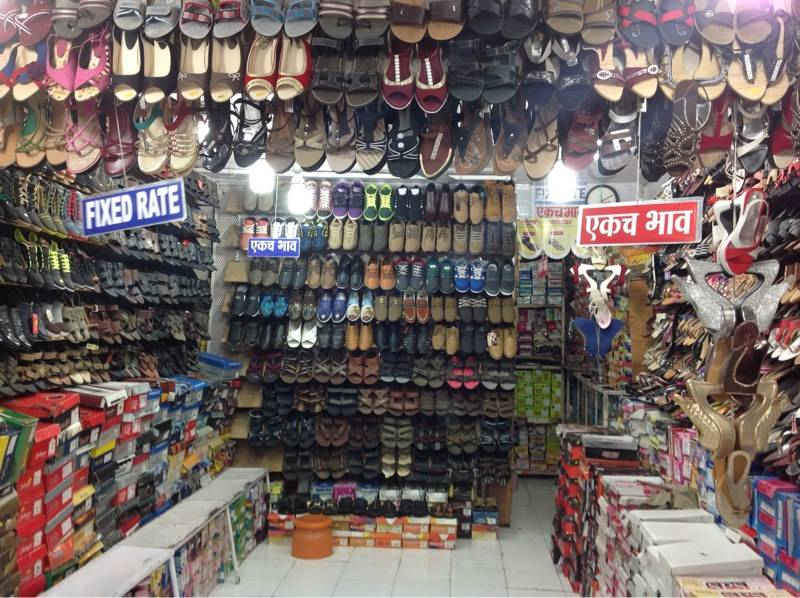 One of the most famous shopping places in Aurangabad, Gul Mandi is the place where you should head, no matter what you want to buy. The collection of clothes you will find here are one of a kind.

The best time to visit Aurangabad is between October and March as the climate is pleasant in those months of the year. There are actually several things to do in Aurangabad in these months. And to make the trip even more fun, you can take Revv car rental services. While you can save a lot of money with this service, you will also find the entire trip convenient. You can install the Revv App or visit the Revv website to book your car in just a few steps. 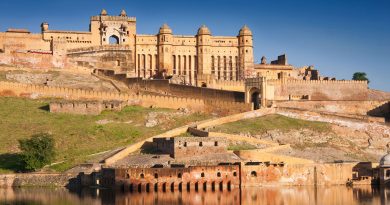 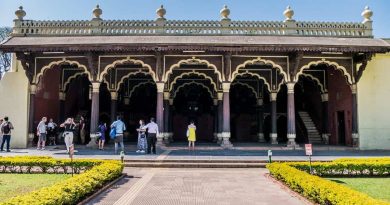 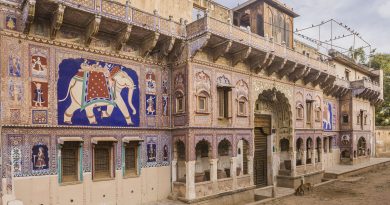 Get Enchanted Driving to The Iconic Destinations near Delhi This Winter